Happy HalloWEEK! There are a million Halloween movies that I love, so I’m throwing in a few extras (submitted by subscribers) to celebrate. I’ve ranked the films from least to most scary, so that rookie scary movie watchers can choose accordingly. Here they are:

Before you start thinking that this one is “just for the kids,” I’ll have you know that I cry every single time I watch it. I’m not proud of it, but it’s the truth. The movie takes place in Mexico and follows an adorable and lovable young boy, Miguel, who dreams of being a musician despite his family’s strong disapproval. On The Day of the Dead, Miguel goes on the adventure of his “life” (a little foreshadowing) and learns a few lessons along with way. I’m so happy that this movie was created. It’s exactly what the people needed. Coco is full of culture, color, amazing music, and is a beautiful story. Hats off to Pixar for this one, I suppose we’re all un poco loco. Here’s the trailer.

Subscriber Submission: The Nightmare Before Christmas (1993) 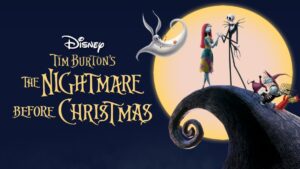 Tim Burton’s mind is amazing, and I am so grateful both for his existence and for each of his claymation characters. I was introduced to The Nightmare Before Christmas when my best friend had a birthday party themed for the movie in grade school. It’s a beautiful blend of scary and wholesome. Jack Skellington, also known as The Pumpkin King, tires of his own holiday and discovers Christmas. He also really likes it. To no one’s surprise, the two holidays don’t mix well. Click here to watch the trailer. 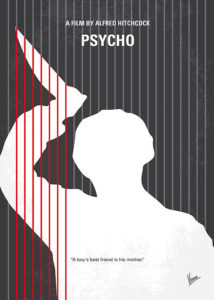 This is another one of those old movies that I thought would be boring and predictable. I said to myself “I know the story of the Bates Motel, there won’t be any surprises.” I was incorrect. There are a few things I love about it: the iconic cinematography in the murder scene, the feeling of watching the original film that so many other works stemmed from, and, of course, and the shock that I had when the ending was not what I had expected. This mystery/thriller a cultural necessity. Here’s the trailer. 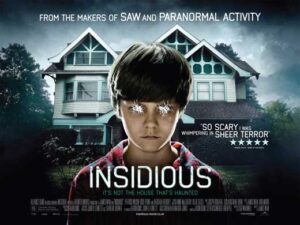 The Insidious movies form the best scary movie series I’ve seen. Each of them is terrifying, and they form a cohesive and entertaining story. I suppose I started watching these movies when I was 12 or 13, which in hindsight is probably too young. They definitely kept me up at night. Anyways, the first movie follows a family that starts to notice some strange happenings in their house. When their son falling into a coma-like state, the doctors can’t figure out what’s wrong with him. Naturally, the family seeks help from a woman with a less conventional profession: a psychic. They plan to leave the house only to find out that “it’s not the house that’s haunted, it’s your son.” Here’s the trailer.

Subscriber Submission: The Devil All The Time (2020) 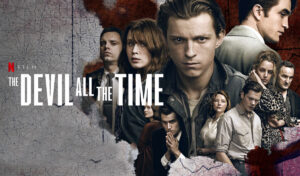 Honestly, I can’t decide whether I liked this movie. It was definitely entertaining, but also pretty disturbing both conceptually and graphically. It’s not scary in a ghosts/haunting way, but in a murder/that’s-messed-up type of way. It includes both a rogue cop and preacher (Robert Pattinson) with a weird southern accent along with the destructive effects that irresponsible leaders can cause a community. Using religion in unhealthy ways is also a prevailing theme throughout. There’s a lot of murder, too. The protagonist is a boy named Arvin (Tom Holland) who is directly affected by many of the adults in his life having a twisted mindset. Here’s the trailer.

If you watch any of these, I’d be interested to hear your thoughts on my Contact Me page. If there’s a movie you want to be featured, let me know on the Submit a Movie page. I’m always excited for an excuse to watch more movies. Pair one of these with this week’s recipe, shrimp and arugula over couscous, and enjoy your weekend.